Enable Secret conversation on your Facebook Messenger: Facebook has introduced its new security feature. The feature is a secret conversation, or we can say that the Facebook has added an end to end encryption. In which users can chat with their friends secretly without knowing the third person , Even Facebook can't see or access your chats.  Basically, the end to end encryption is an advanced type of security which encrypted chat between two person and let them enable to do secret chat.

Hey, fellows, I am back again with another Facebook trick. The trick is about how to Start/ Enable secret conversation on Facebook Messenger right now. As we know that the Facebook has become large social networking site in the world and can't grow up day by day. When was the Facebook launched within a year it got lacs of users on its Facebook website because of a unique idea?

Facebook is the place where you can chat with your friends and family, share photos of significant movement even talk with your family. After some year the Facebook has launched its official app for Android and IOS users in which the users can sigh up directly and login then start chatting with friends. That was the time Facebook had launched its first app called “Facebook” After some improvements finally Facebook has launched its Messenger version in which the users can chat with their friends directly without accessing the Facebook app. You May Also like this:- How to chat on facebook without messenger.

So guys it was the post on how to start a secret conversation on facebook messenger right now. As I told you above that your messenger must be updated for doing secret chat. The secret or end to end encrypted features is rolling out recently on facebook messenger, and it has some bugs sometimes you will get problem while using this features like your sent messages will not send. As we know that end to end encryption is an advanced type of security in which your chat will be encrypted between tow people. The best thing about secret messages is that your conversation will be deleted after 24 hours so it's a nice feature, I hope you guys like this article. Thanks for visiting on missingtricks.net. 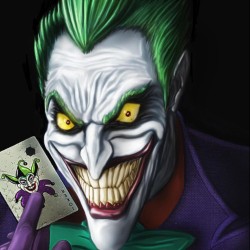 Ajay Kumar Is Author at Missingtricks.net, Having interested In Blogging, Programming, Android Tricks, and SEO. A C++ Programmer, Website Designer Bootstrap learning Java Programing An Expert In Computers, Android Programming, Windows, & iOs and Trickmafia. and find him on Facebook